Dear Henning
Reading this I thought of you. It was so nice to see you in Roskilde this spring. I thought your work looked terrific!
Much love
Jon
Jon Hendricks

William Wharton, a successful impressionist painter who at 53 published his first novel, “Birdy,” which won a National Book Award, became a critically acclaimed movie and led to a dozen more books, died Wednesday in Encinitas, Calif. He was 82.

The cause was an infection Mr. Wharton contracted while being hospitalized for blood-pressure problems, said his son Matt du Aime.

Mr. Wharton painted under his original name, Albert du Aime.
His vivid life fed his autobiographical novels, none more so than “Birdy,” which was published in 1979 and delved into the madness of a character obsessed with canaries.

The painter whose first novel, ‘Birdy,’ was published when he was 53.

Mr. Wharton himself kept 250 canaries when he was 17 and never stopped keeping them.

The drama and distinctiveness of Mr. Wharton’s life at least match the three Hollywood movies made of his books. He was badly wounded in World War II and resolved to return to Europe to make art. After earning a doctorate in psychology, he moved to Paris to paint in the streets and live on a houseboat. He invited passers-by who admired his work home for dinner and to ponder a purchase.

All the while he mined memories and dreams to write three novels in which no publisher seemed interested. The manuscript of “Birdy” found a circuitous route to Knopf, which loved it, and soon Avon paid $525,000 for paperback rights. But painting remained as important as writing.

“Not thinking of myself as a writer gives me the freedom to be one,” he said in an interview with The Times of London in 1986.

Critics suggested that only great literary talent could make believable a plot in which a man thinks he is a canary — complete with avian sexual fantasies — while another man tries to talk him back to sanity.
“Only the most rigorous imagination can make a story of this sort work for a reader who is generally indifferent to birds,” Peter S. Prescott of Newsweek wrote.

For bird lovers, Mr. Wharton’s discussion of canaries seemed as voluminously delicious as that Melville’s whale treatises in “Moby-Dick.” Who knew that a canary’s eyes weigh more than its brain?
“Birdy” won the National Book Award for best first novel in 1980 and was a finalist in the Pulitzer Prize for fiction. Among Mr. Wharton’s subsequent books were “Dad” (1981), about a middle-aged painter living in France, and “Pride” (1985), an allegorical story set in the Depression. “A Midnight Clear” (1982) tells the poignant tale of how American and German soldiers try in vain to use a Christmas tree, a snowman and a scarecrow to make peace.

Mr. Wharton later became wildly popular in Poland, writing at least three books in English that were translated into Polish.

Three of his novels were made into movies: “Birdy” (1984), “Dad” (1989) and “A Midnight Clear” (1992). Vincent Canby in The New York Times said “Birdy” — which was directed by Alan Parker and starred Nicolas Cage and Matthew Modine — told “the unspeakable, unrecognizable terrors of coming of age.”

Albert William du Aime (pronounced doo-EM) was born on Nov. 7, 1925, in Philadelphia. He told The Guardian, a London newspaper, that he infuriated his mother by keeping canaries in a huge cage under his elevated bed. But his father blessed the flock after realizing Albert’s revenues from selling canaries exceeded his carpenter’s wages.

Albert volunteered for the Army and was assigned to a unit of exceptionally intelligent young men who were to be trained as engineers. He ended up in the infantry in the Battle of the Bulge, in which he was severely wounded.

After his discharge, he earned a degree in art from the University of California, Los Angeles, and stayed to earn a doctorate in psychology. He taught art in Los Angeles public schools.

The family moved to Europe in 1958 and moved among Paris, Bavaria and the south of Spain. They settled in Paris in 1968, supporting themselves on their wits, his paintings and his wife’s
income as a kindergarten teacher.

They twice ran out of money and temporarily retreated to the United States.

Mr. Wharton told The Chicago Sun-Times in 1992 that he used a pseudonym because he had “a unique family name” and “didn’t want to wash it out in public.”William came from his middle name and Wharton from his other’s maiden name. He used his birth name to sign his paintings, many of which are displayed in a museum he set up in an old hotel in Burgundy.

In 1988, his oldest daughter, Kate, her husband and two of her children died in a car crash in Oregon. Mr. Wharton described the tragedy in “Ever After: A Father’s True Story” (1995).

In addition to his son Matt, of Paris, Mr. Wharton is survived by his wife of 53 years, the former Rosemary Henry; his son William du Aime, of Burgundy; his daughter, Camille du Aime Russell, of Berlin; five grandchildren; and one great grandson.

When Kate met the man she would marry, The Guardian reported she called her father to ask, “What is love?” Mr. Wharton was paying for the call, so he kept it short. “As far as I can tell,” he said, “it is passion, admiration and respect. If you have two, you have enough. If you have all three, you don’t have to die to go to heaven.” 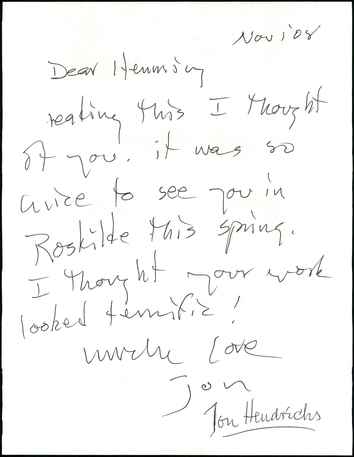